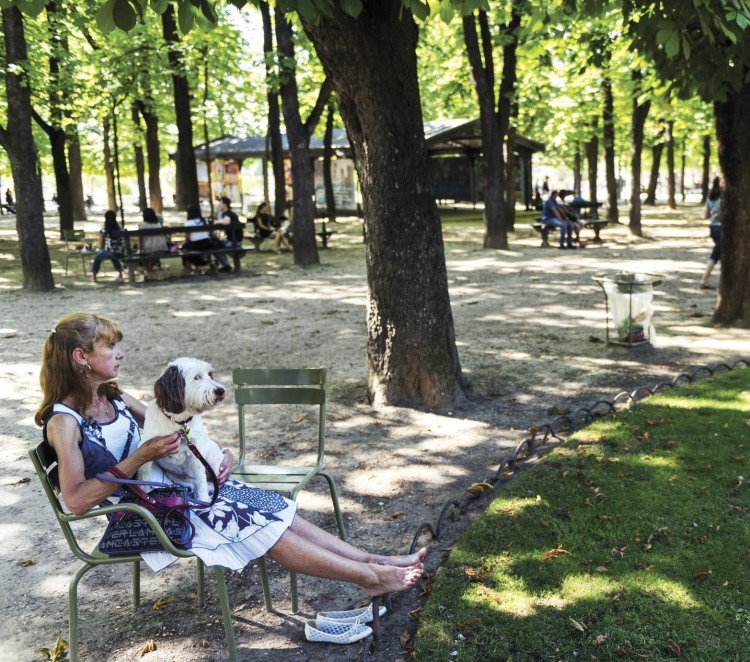 France is a country of ironies, many delightful, some vexing. One has always baffled me: rules on where Dogs Rule.

I have photos of my dogs over the years in central Paris: chomping on a bone in the Boucherie Moderne, one of the city’s best butcher shops; seated at a table (on his own chair) at Le Taillevent, a Michelin-starred guardian of haute cuisine; standing comfortably squashed between human legs on a rush-hour Metro train; perched contentedly on the footrest of my Vespa as we glide along the Boulevard Saint-Germain.

But I’ve not one where (I think) they would really like to be: roll-scratching their backs on a lush patch of grass, lounging on a picnic blanket or digging up a flower bed … because for decades, our best ami has been banned from most of the city’s green spaces.