People can be so deplorable. Take this woman, for instance. Not only did she want to have her dog euthanized just because she didn’t want him anymore, she shoved the pitiful looking dog into the trunk of her car when the shelter refused to grant her death wish.

Sara Perry took the emaciated dog to the Brevard Humane Society where she intended to either surrender him to their care or have him put down. When the shelter staff told her that the shelter was full and could not accept an owner surrender she asked if they would just euthanize him because she didn’t want him anymore.

The Humane Society has a no-kill policy. In fact, Brevard County prides itself on its no-kill county status and boasts a 95%+ live release rate. And in any event, they would never euthanize an animal under owner request. You know. Because the are humane.

Clearly not happy with that answer, she stormed off to her car and opened the trunk. Video footage (below) shows her yanking the dog up into the trunk by the leash, shoving him to the back, and closing the trunk. What. The. Actual. You know what. 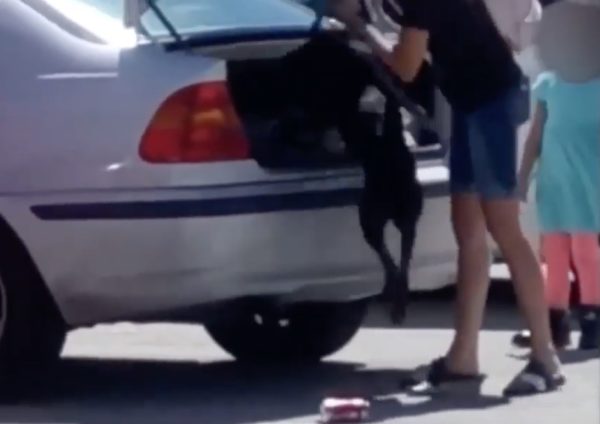 Lucky to Have Survived

Florida is hot. The trunk of a car in Florida during the summer months is deadly. We have no idea how long she traveled with the dog in her trunk. It doesn’t take long, however, for the interior of a car to become much hotter than the outdoor temperature.

According to the American Veterinary Medical Association, when it is 85 degrees out, the estimated outdoor temperature that day, the interior of the car would heat up to 104 degrees within 10 minutes. Within 20 minutes it goes up to 114 degrees. It’s amazing that the poor pup didn’t suffocate and suffer a horrible, painful, agonizing death.

Shelter workers contacted the authorities to report her stomach turning (and absolutely illegal!) behavior. Thanks to the video footage taken in the parking lot, the police had all the evidence they needed to charge and arrest her. Sara Perry was arrested by Brevard County Sheriff, Wayne Ivey and charged with felony animal abuse. 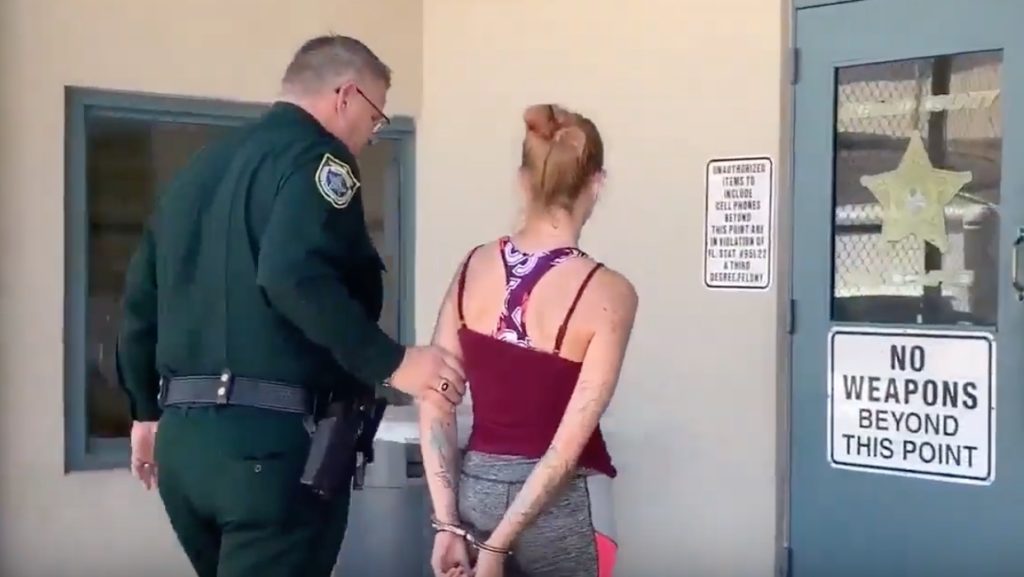 From Hostage to Safety

Authorities took possession of the dog who was visibly malnourished and in poor condition. He has been taken into the care of Brevard County Animal Services. There he is getting some much needed medical and positive human attention.

Hopefully this badly mistreated fella will fall into the loving arms of a dedicated and loving family that will treat him with the decency that is every living being’s right. As for Perry? We hope she gets all that she deserves and more. In a county like Brevard that takes animal rights seriously, justice is bound to be served.

The post Woman Shoves Dog in Trunk When Shelter Refuses to Euthanize Him appeared first on iHeartDogs.com.