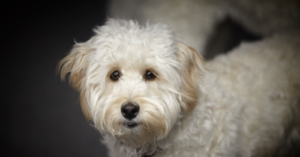 Over the years, Labradoodles have become a designer breed that’s increased in popularity. Everyone seems to want one, no matter the cost. However, they’re actually just a mixed breed that many people spend way too much money on even though there are so many other rescue dogs in need of a home. Sure, they’re adorable, but they actually weren’t meant to be the expensive designer breed that they are today. In fact, the man that initially bred the Labradoodle says that he regrets it, especially after seeing what the breed has become. How the Labradoodle Came to Be

The first Labradoodle was bred in the 1980s by Wally Conron. He was the breeding manager for the Royal Guide Dogs Association of Australia, which is now known as Guide Dogs Victoria. So, he didn’t breed dogs for profit or personal gain, he simply bred them to be as healthy as possible in order to help people.

One day, Conron came across a blind woman in Hawaii that was in need of a guide dog. However, she couldn’t accept just any dog because her husband was allergic. So, she made a special request for a low-shedding guide dog.

Right away, Conron assumed a Standard Poodle would do the trick. However, after trying to train 33 different Poodles, he quickly learned that it just wouldn’t work. None of the Poodles had the ideal temperament to be a guide dog.

However, Conron knew he couldn’t give up on this woman. She was in need of a guide dog, so he had to do something. He decided that he needed a dog that had the capabilities of a Labrador Retriever, but the coat of a Poodle. From there, he came up with the idea for the Labradoodle. 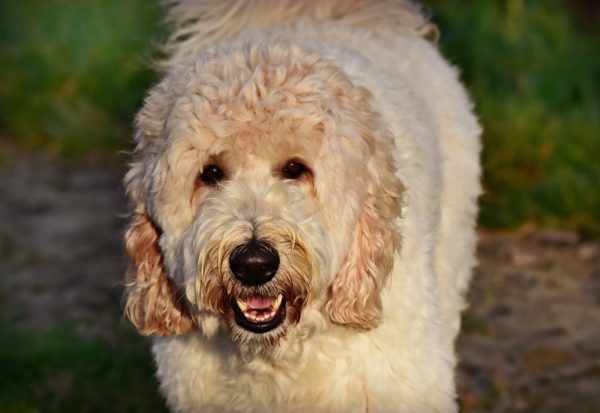 After Breeding the Labradoodle

Conron said that his boss had a Standard Poodle named Harley that was free of hereditary problems. So, he bred that Poodle with a female Labrador named Brandy. Brandy and Harley had a beautiful litter of three puppies.

Coat clippings and saliva from each of the three puppies was sent to Hawaii to be tested. Only one of the puppies turned out to be compatible for the blind woman and her husband. He might not have been as perfect in terms of temperament as the other puppies, but he was able to go through proper training.

This lucky pup was named Sultan. After being properly trained by Conron, Sultan was sent to Hawaii to assist the blind woman. At the time, Conron was grateful for his new discovery.

However, he still had two other puppies that needed a person to assist. He tried to find a place for both of them, but no one wanted a mixed breed as their guide dog. Even though there was a 6-month wait for a purebred Labrador, the people in need of a guide dog still preferred waiting over accepting the unfamiliar breed.

However, once Conron started referring to this new breed as a Labradoodle, things began to change. Whenever anyone asked him about the Labradoodle, he would explain that it was a new non-allergenic breed.

For whatever reason, after hearing this, people became interested in the Labradoodle. Even though the breed had been bred to be a service dog, they quickly became in high demand for much more than just that. 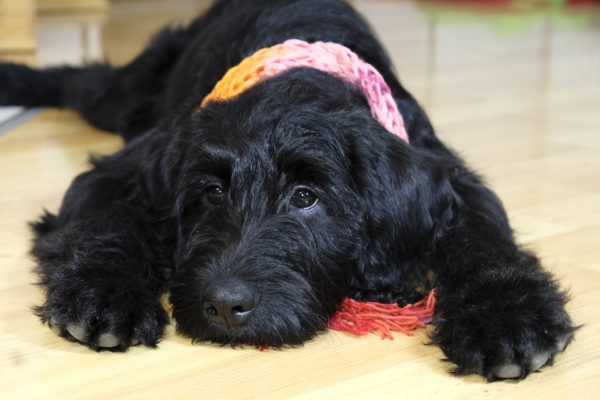 The Regrets of the Breeder

Today, Labradoodles are a popular breed that are in ridiculous demand. However, Conron only meant for them to be healthy guide dogs. Other breeders often abuse the popularity of these dogs by breeding them over and over again just for money. Sadly, people keep buying them.

“It was a gimmick. No one wanted a crossbreed but everyone wanted a Labradoodle. Same dog, different name,” Conron explained.

Even though they are adorable, Labradoodles often come with many problems, especially if they’re not bred properly. Many of them have behavioral issues or hereditary problems. Plus, many of them were bred in puppy mills, so this breed is only adding to the overpopulation of dogs.

“I opened a Pandora’s box and released a Frankenstein’s monster,” said Conron.

Conron says that he’s unsure as to why people even want Labradoodles today. Sadly, it has led to many of the other Poodle mixes. Sure, they are all cute and fluffy, but like any designer breed, they come at a cost, not just in terms of money.

Conron feels terrible for contributing to this expensive puppy craze. So, instead of paying big bucks to breed a fancy mixed breed dog, please look at the rescues and shelters instead. There are so many dogs out there in need of a loving home. 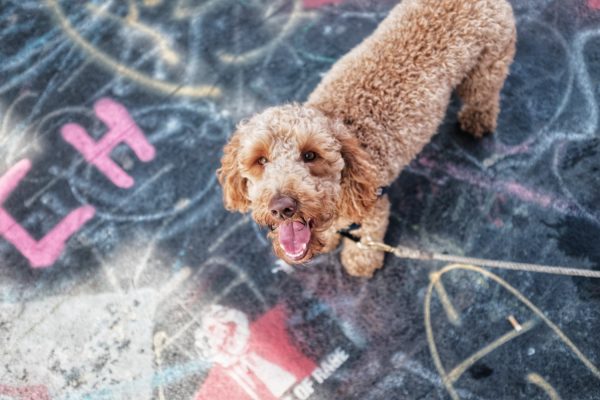 The post Breed Creator Has Regrets, Labradoodle Was Meant to Be a Service Animal Not a Designer Puppy appeared first on iHeartDogs.com.