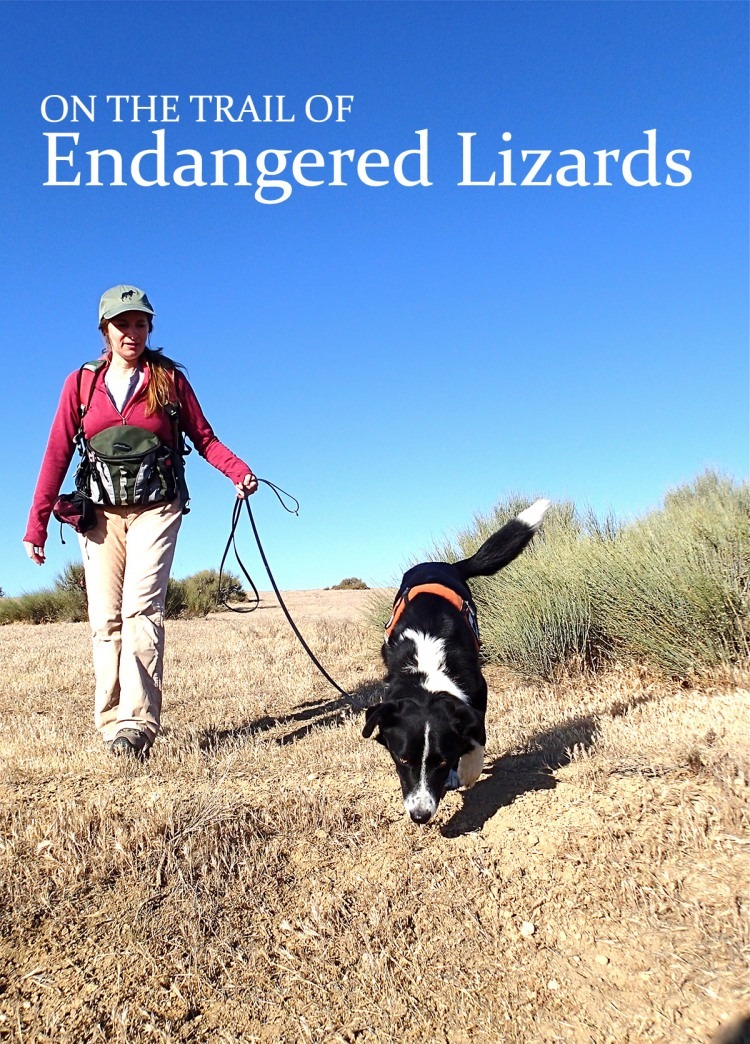 Detection dogs trained to sniff out the scat of an endangered lizard in California’s San Joaquin Valley, combined with genetic species identification, could represent a new noninvasive sampling technique for lizard conservation worldwide. That is according to a study published today from the University of California, Davis, in partnership with the nonprofit Working Dogs for Conservation, U.S. Geological Survey and the U.S. Bureau of Land Management.

Scientists have used trained conservation dogs to locate scat and collect DNA samples for everything from bears and foxes to gorillas and whales. But the technique had not been used for reptiles until this study, for which scientists developed a novel approach to identify the presence of the blunt-nosed leopard lizard in the Panoche Hills Recreation Area and Carrizo Plain National Monument, both managed by BLM.