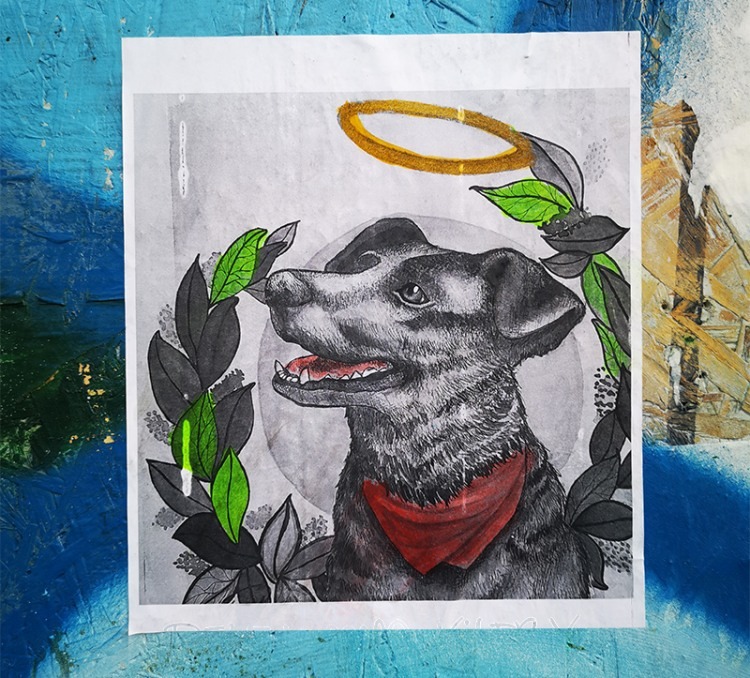 A black Chilean dog wearing a red bandana made his mark during the New York City subway protests beginning in November 2019.

The protests were ignited by videos documenting police assaults on black and brown youth in the subways. For example, in one, an officer punches a 15-year-old unarmed African American teenager in the face.