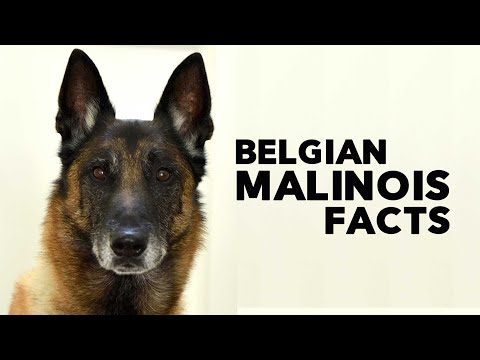 The Belgian Malinois is quickly becoming one of the most popular dogs. They’ve been featured in movies and news, the Malinois is considered the superman of dogs.

Check out my online dog training lessons to help you train your Belgian Malinois:

I’m not gonna tell you NOT to get one, but forewarn you of the dog that the Belgian Malinois is.

Although often mistaken for a German Shepherd, Malinois are a very different breed. Pronounced MALIN WAH, not mali-NOISE they are one of the 4 varieties of Belgian Sheep dogs: Groenendael, Tervuren, Lakenois, and the Malinois.

They are classified as Herding Dogs in the AKC.

IN the US these 4 dogs are considered 4 different breeds, but they are generally considered one breed, the Belgian sheep dog / with 4 different varieties.

Malinois were developed in the late 1800 around Malines Belgium and are named after that city. Their popularity quickly spread as not only agile herders, but great obedience and later great protection dogs.

Malinois is a diverse breed that can do everything from herding, obedience, agility, flyball, protection, military & police work, scent detection and more.

They’re extremely popular in police & military work because of their strong personalities, intense focus, speed, dedication, and desire to work. They’re among the world’s most elite special forces including the US NAVY SEALS.

Malinois is one of the rare breeds that has not greatly deviated from its original conformation.

The difference between Malinois & German Shepherds:

They’re lighter boned, smaller in stature, have a square body as opposed to a rectangular /angulated body of a German shepherd. They range in color from fawn to dark mahogany with the trademarked black mask.

They are higher in drive, can even be high strung, they more eager to learn and may tend to aggression if not properly trained and socialized. They are happy to train and play and require a handler who can entertain them and not wear out.

Malinois are great dogs for savvy dog handlers – NOT SO MUCH for the novice.

If you want a Malinois you should be ready to train and exercise your dog regularly and that means EVERY DAY! That training must encompass both Physical and mental exercise!

They are generally not recommended for the first-time dog owner, apartment living or in homes with many other dogs or cats. They have a very high prey drive which can often times get them into trouble with small animals and small children.

Their life expectancy is usually 12-15 years.

Malinois are short haired with a coat that is very hardy with a dense undercoat. The fur should be very short on the head, ears and lower legs, but somewhat longer around the neck where it forms a collarette as well as on the tail and backs of the thighs.

There is a difference between show line Malinois and working line mals, but not as grand as the difference with other breeds such as the German Shepherd. In fact, show line Malinois can do quite well in a working environment. Show line Mals may be better suited for less active homes, but make no mistake about it, they still need a job to do.

Working line Malinois are most often the ones you see in police work, military work and even dog sports such as IPO and ring sports. They may also do sports such as obedience, agility, dock diving and more, but many of these sports are also very well suited for show line dogs.

The ideal is a Malinois that is bred for both, like Goofy – a beautiful physical specimen that has a solid temperament. These dogs can do well at bite work and conformation and be great dogs to live with- without the crazy intensity of a working line high drive military dog.

Malinois are intensely loyal and form strong bonds with their families.

Malinois do best with good healthy food, good training and regular exercise as well as mental stimulation. They don’t do well kenneled or left alone for extended periods of time. They want to be with their people and they want to be doing something!

Training a Malinois takes patience and precision. They will learn whatever you teach them. The use of rewards is extremely beneficial for Mals and they LOVE tennis balls. In fact, tennis ball obsession is a joke among Malinois owners.

If you want a Belgian Malinois, you’ve got your work cut out for you. Do your research, take your time and strongly consider what you are getting yourself into. Malinois are a lot of work… and a lot of fun!