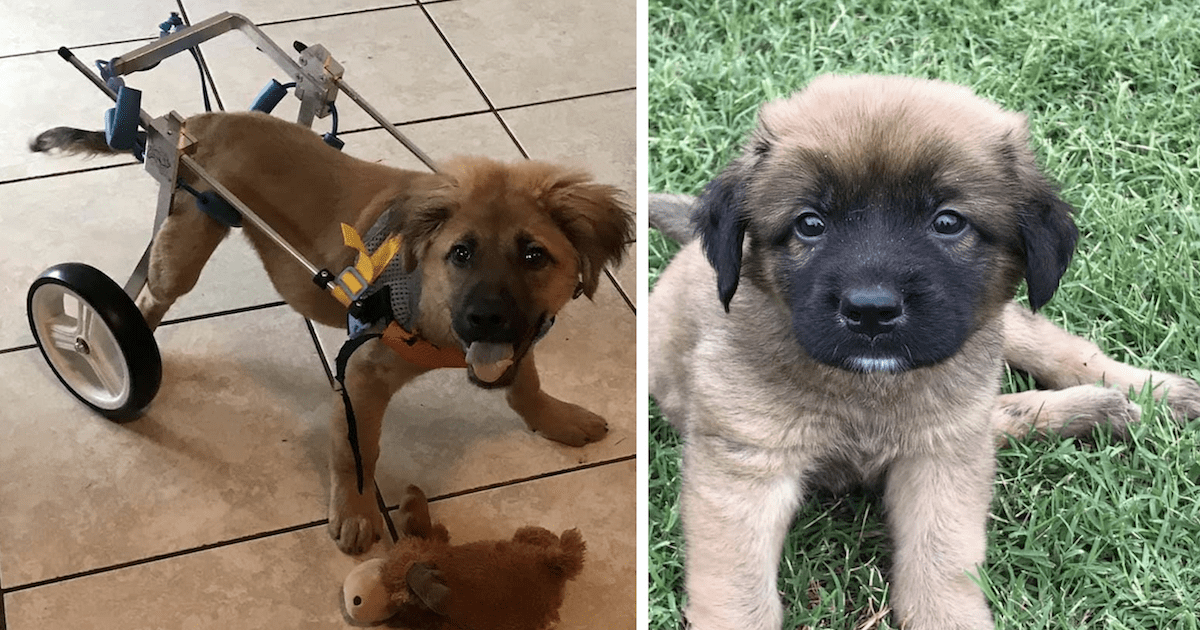 Conley the puppy is thriving today, but life wasn’t always easy for him. He cannot use his back legs, so he uses a wheelchair to get around. He was rescued with his mom and two siblings, but he was almost euthanized due to his special needs.

No one wanted to take a chance on Conley at first, but Tails of Hope dog rescue knew he was worth it. They took him in and gave him the safe space he needed to heal. His legs might never function as they should, but he’s perfectly content with the way his life turned out.

Conley is Worth it

Conley’s legs look normal, but when he tries to walk, his back legs are always dragging behind. This inconvenience caused his first rescue to send him to be euthanized, but he’s lucky that Tails of Hope came to save him. Right away, they helped rehabilitate him, and they even got him fitted for a wheelchair to help him walk.

“He was really not able to use his back legs at all,” said Mallory McLemore, the Tails of Hope Medical Foster. “We took an x-ray and it looked like he probably had like an old fracture. He was also too young to really fix it at that time.”

The fracture went all the way from his legs to his spinal cord. So, after realizing the severity of his wounds, the rescue got him a wheelchair. They’re also working on rehab with him, including acupuncture and water therapy.

Conley is happy and lively despite all that he’s been through. He runs around on his wheelchair like a pro. Even though he has made lots of progress though, the rescue still believes that he won’t ever have full use of his back legs. But as long as he’s happy, that’s what matters most.

The one thing Conley still needs in his life is a forever home. He might look different than other dogs and have some unique care requirements, but he has a heart of gold. He is one of the most loving puppies you will ever meet.

Conley doesn’t let his wheelchair slow him down. If anything, it makes him stronger and more full of life. He is perfect in his own way, and he needs a family who can see him for the amazing dog that he is.

Conley is fast as lightening!!!!!

The post Conley The Puppy Can’t Walk, But He Wants To Steal Your Heart appeared first on iHeartDogs.com.