Animal abuse is heartbreaking. It’s impossible for dog lovers to believe that someone would purposely harm an innocent creature. But animal abuse isn’t always that obvious, especially when it involves neglect.

Neglect is a form of animal abuse, and it’s much harder to spot. Some forms of neglect are intentional while others are more subtle. Either way, neglect is just as dangerous as abuse, if not more. Dogs suffering from neglect have to endure long, painful days, weeks, months, or even years. So, it’s important to help these dogs in any way possible. 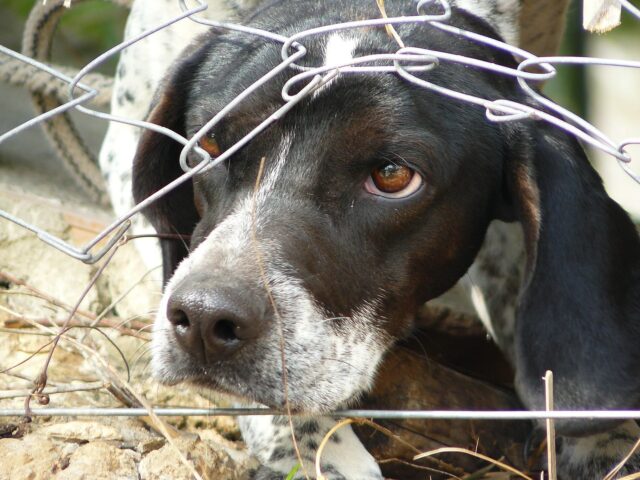 Animal neglect can come in many forms. Some signs are so minor that they’re easy to miss while others are right there in plain sight. If there is anything unusual about the dog’s appearance or behaviors, it could be a concern. If you see anything that could potentially be neglectful, take note of it in case you need to report it.

These signs might be concerning, but they’re not a guarantee that a dog is being neglected. Some dogs could be recovering from something, which is why they might look more weak or ill than usual. The best way to tell if these signs are a concern is if they’re accompanied by environmental concerns too.

If you spot any of these signs of neglect, it can be heartbreaking. In many cases, the person doesn’t even realize that their actions are slowly killing their dog. So, it’s important to take action before these cruel behaviors get out of hand.

Risks of a Severely Neglected Dog

If a dog is neglected for an extended period of time, they could be at risk of severe health conditions or even death. Of course, it depends on how serious the neglect is. Yet, any lengthened neglect can harm a dog’s health and wellbeing significantly.

Dogs who are left outside without shelter from the weather can suffer slowly and painfully. Heatstroke and dehydration are common concerns for dogs during hot months. Then, frostbite and hypothermia could be risks during cold months. 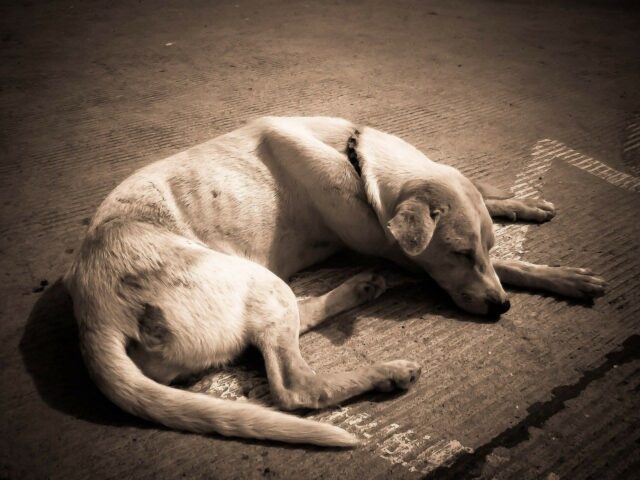 Additionally, dogs suffering from untreated wounds could have a slow death. Their wounds could become infected and lead to more serious concerns. Not having enough food and water could also cause prolonged suffering. They could eventually have severe weight loss, muscle loss, and failure of organs if left alone too long.

This means that a dog suffering from neglect could die right beside their “home.” Their death could be caused by something that their human easily could’ve prevented. It’s heartbreaking to think that any human would be okay with treating an animal that way.

Neglect can be just as painful as violent abuse. This is because the pain is long and drawn out instead of sudden. Dogs who are neglected spend most of their time scared and confused, not understanding why their humans aren’t giving them the love and care they need.

What to Do if You See Neglect

You should act quickly if it’s clear that an animal is in trouble. Follow your instinct if you notice signs of neglect. Most places have an animal welfare agency you can contact. Look on their website to find out their rules for reporting animal cruelty and how to report it.

Have as much information ready as possible when you talk to authorities. Of course, you should never enter someone’s private property. However, if you can take photos and videos from a distance, that could definitely help. Having photos of both the animal and their environment can be the best way to get authorities to take action. 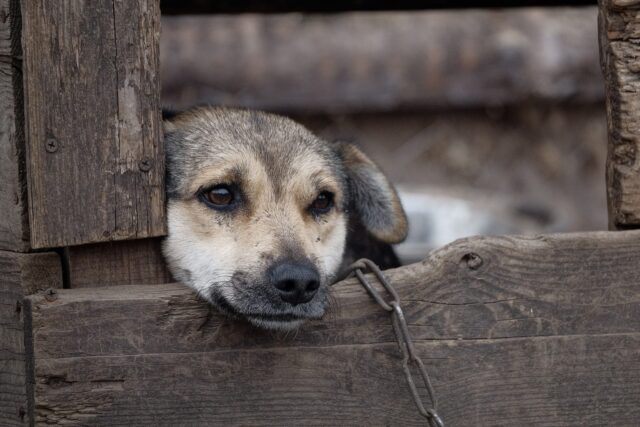 You can report the neglect anonymously, but animal abuse cases are more successful if someone is willing to testify. So, you should go about it just like you would with any other serious crime. If you know that someone else has witnessed the abuse, try to get them to speak up too. Sadly, not all people see animal neglect for the severity that it is. Yet, you could save an animal’s life by reporting these incidents.

Punishments for a Neglectful Human

Different locations have different laws when it comes to animal abuse. For example, some states have laws that limit the amount of time a dog can be chained up while others do not. So, the punishment of certain neglect could greatly vary based on where you live.

Unfortunately, many animal neglect cases don’t make it to trial. This is because they are often solved by rehoming the animal. In extreme cases, the abuser will also face sanctions or monetary penalties. Sadly, animal neglect cases are one of the most common calls that animal control receives.

The punishments for the actions also depend on whether or not the neglect was intentional. Some people just don’t know that their actions are wrong, and they don’t mean to harm their dog. But unfortunately, there are also plenty of people who will purposely neglect their animal with the intention of harming them. Both instances will likely be punished in some way, but the severity of the punishment can vary. Animal neglect is just as severe as violent animal abuse. Both of them put dogs in extreme danger and could lead to death. Thus, it’s crucial for you to contact authorities if you suspect animal neglect is happening near you. Keep an eye out for the signs and gather evidence because you could save that dog’s life.

The post Neglect Is Animal Abuse: Look Out For These Signs Of Neglect appeared first on iHeartDogs.com.