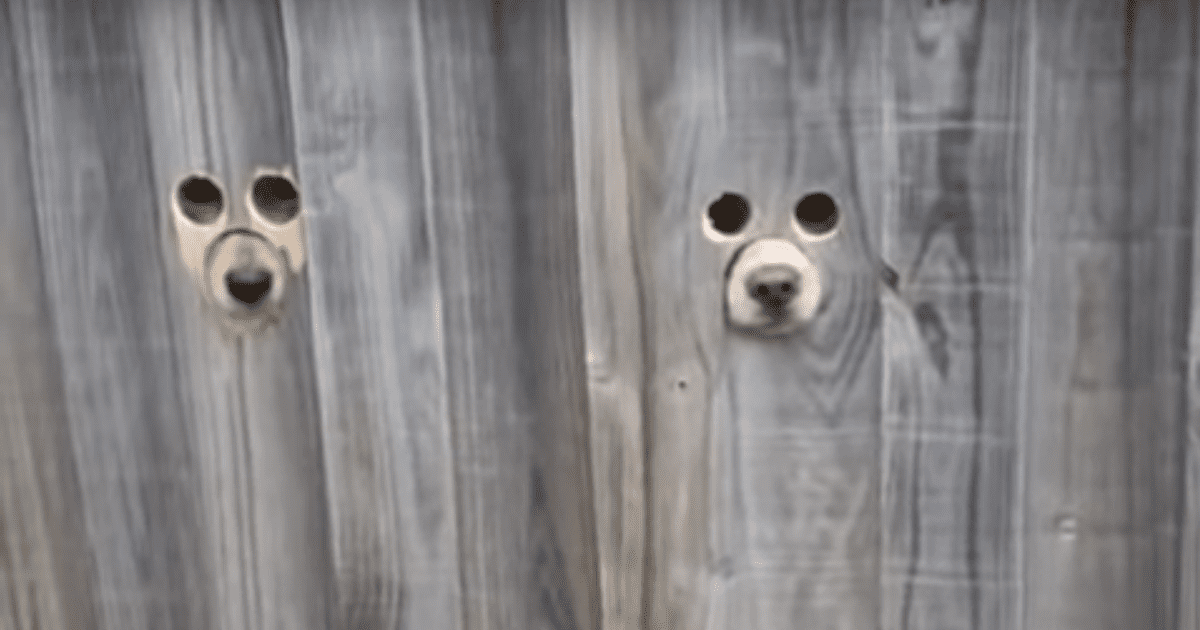 If you’re a dog, it’s difficult to be sneaky. When your human comes home, you probably want nothing more than to bark and jump like crazy. But sometimes, it’s better to stay silent and keep to yourself.

Luckily, two dogs from Australia have come up with a more secretive way to greet their human. After all, they want to surprise her as she walks through the door. So, these clever dogs use perfectly shaped peepholes to spy on their mom in an undercover mission. There’s no way she’ll foil their plans!

Unfortunately, these two dogs aren’t quite as sneaky as they thought. As it turns out, their mom made the peepholes for them, so the pups didn’t actually discover them. The peepholes are in the wooden fence in their backyard. There are two sets of peepholes, and each one has a large hole for the nose and two smaller holes for the eyes.

When the dogs want to secretly see what their mom is up to, they can stick their nose through the hole to look out. Although, it might not be all that secretive. After all, their mom can’t help but laugh every time she sees them.

Many people have praised the woman for her genius DIY hack. It’s the best greeting you could receive after a long day of work. Plus, it allows the dogs to see her without giving them enough space to bark.

One day, the dog mom decided to record a video of her arriving home to see her dogs. She posted the video to TikTok, but has since removed it for unknown reasons. Luckily, many fans of the adorable dogs have shared the video on YouTube and other social media platforms.

In the video, the mom is pulling into her driveway as she records. The camera is pointed at the fence, where you can soon see that there are two sets of dog peepholes. One dog immediately sticks his nose through the hole to see his mom better. The other dog runs around excitedly first, but then joins in.

Both dogs peeking through the fence at the same time is the most adorable greeting for any dog parent. They both stare at their mom through tiny eye holes, waiting for her to come inside and pet them. It looks like this woman has started a genius trend for dog parents!

The post Clever Dogs Use Peepholes To Spy On Their Mom appeared first on iHeartDogs.com.