When adoptable animals have a hard time finding homes, shelters often find a creative name can get them some attention. That’s what helped one sweet dog overcome his past to find his new forever home. That name the shelter gave him? “Jake From State Farm.”

Yes, that helpful insurance agent on the other end of the phone in the popular commercials inspired this sweet boy’s name. If you have no idea what I’m talking about, you can view the original commercial here. After shelter employees dressed Jake in a State Farm t-shirt, the photos got some attention on social media.

When 8-year-old Jake’s previous person passed away at home, he was left stuck in a crate. First responders later found him and let him out. Eric Hockenberry shared on Facebook:

“I was the one that found him in his crate and he had been locked away for a day or so. He was not happy and rightfully so but he held everything in until we made it outside where he pee’d for about 3 minutes straight.”

The deceased man’s family couldn’t take Jake, so he went to Burlington Animal Services. Not too long after, Jake was adopted. Sadly though, his new family lost their home and had to return him to the shelter a few weeks later.

Two other foster homes brought Jake back due to his inability to get along with cats. Burlington Customer Service Supervisor Darlene Cox told McClatchy News he likely had a harder time getting adopted because of his age.

“A lot of times, the older dogs tend to get overlooked. He is a very mellow guy and is house trained. Just needs a couch to rest his head and retire on.”

Eventually, Jake From State Farm’s new brand would help him catch some eyes. Following the news reports and internet success of Jake’s photos, people all over the country reached out about adopting him, including State Farm agents. Who wouldn’t want this little guy as a mascot AND forever friend?

In Jake’s honor, State Farm donated $1,500 to the shelter to help cover the cost of Jake’s care. Jake had already been adopted, so that money will help medical costs for other animals. State Farm also donated leashes, collars, water dishes, and other things to go in adoption kits.

Not only did Jake bring in money for the shelter, but he also found his forever person from all the attention! Laura Michel, a program coordinator for Burlington Animal Services, shared:

“He landed in a good, loving home, and Kim will, without a doubt, take great care of him.” 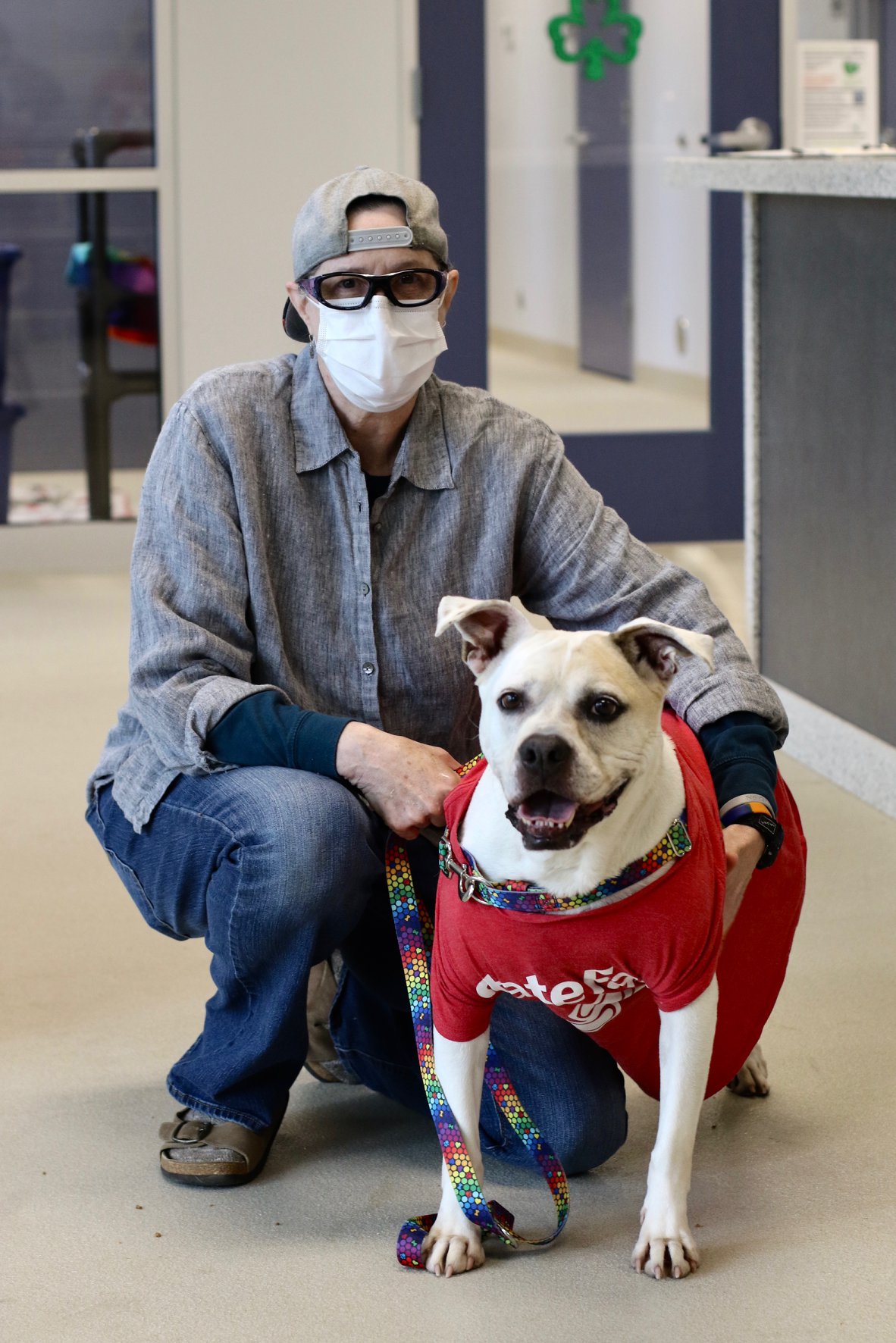 Now what Jake From State Farm is wearing is a big ol’ grin. Happily ever after!